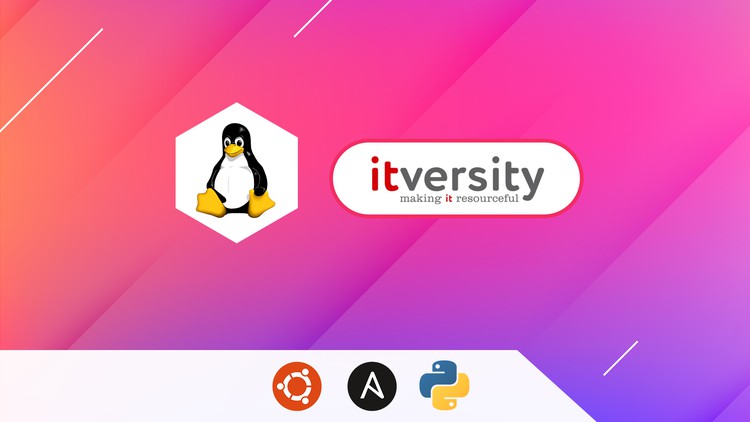 Linux Commands for day to day usage and basics of Shell Scripting with Case Studies.

Getting Started with Linux Shell Commands using commands such as pwd, help, etc

Managing Files and Folders in Linux using commands such as cp, mv, rm, etc along with awk for the automation

Basic System Commands in Linux such as lscpu, free, df, du, etc to get CPU, memory, free or available as well as used storage respectively

Overview of SSH to interact with remote servers which includes all key concepts such as sshd, configuration files, running commands remotely, etc

As part of this course, you will learn most of the important Linux commands that can come in handy while working in Linux-based environments.

Here are the high-level details of the Linux Commands that are covered as part of this hands-on course.

Managing Files and Folders in Linux

Variables and Environment Variables in Linux

Getting Started with AWS

Overview of SSH to interact with remote servers

Overview of Ansible for Server Automation

Here is the desired audience for this advanced course.

Shell Scripting and Developing One Liners