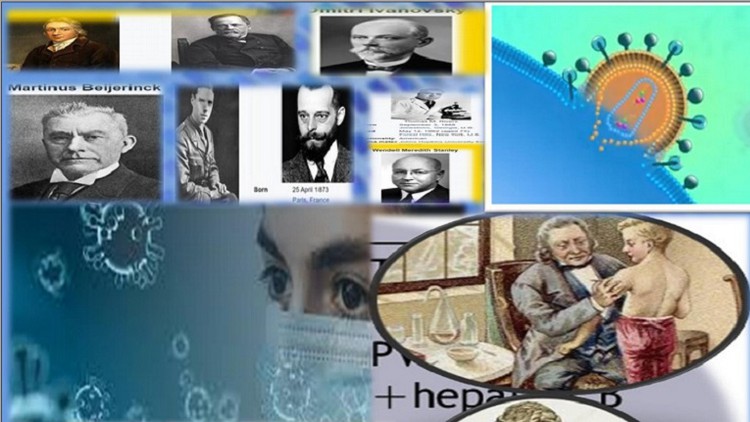 what you should know about viruses

Nature of virus as etiological agent

Rabies is a vaccine preventable, zoonotic, viral disease. Once clinical symptoms appear, rabies is. Vaccinating dogs is the most

the central nervous system, which results in imminent death. PEP consists of:•Extensive washing and local treatment of the bite wound or

scratch as soon as possible after a suspected exposure;•a course of potent and effective rabies vaccine and the administration of rabies immunoglobulin (RIG), if indicated

Types of samples include the following    A wide variety of samples can be used for virologic testing. The type of sample sent to the laboratory often depends on the type of viral infection being diagnosed and the test required  Proper sampling technique is essential to avoid potential pre-analytical errors .For example and stored at appropriate    stored at appropriate temperatures (usually 4 °C) to preserve the virus and prevent bacterial or fungal growth.  1.Nasopharyngeal swab

Viruses are often isolated from the initial patient sample.   This allows the virus sample to be grown into larger quantities and allows a larger number of tests to be run on them. This is particularly important for samples that contain new or rare viruses for which diagnostic tests are not yet developed  Many viruses can be grown in cell culture in the lab.

To do this, the virus sample is mixed with cells, a process called adsorption, after which the cells become infected and produce more copies of the virus   Although different viruses often only grow in certain types of cells, there are cells that support the growth of a large variety of viruses and are a good starting point, for example, the African monkey kidney cell line (Vero cells), human lung fibroblasts (MRC-5), and human epidermoid carcinoma cells (HEp-2). One means of determining whether the cells are successfully  replicating the virus is to check for a change in cell morphology or for the presence of cell death using a microscope  Other viruses may require alternative methods for growth such as the inoculation of embryonated chicken eggs

Molecular techniques are the most specific and sensitive diagnostic tests

In the past nucleic acid tests have mainly been used as a secondary test to confirm positive serological results However, as they become cheaper and more automated, they are increasingly becoming the primary tool for diagnostics  Polymerase chain reaction[

Detection of viral RNA and DNA genomes can be performed using polymerase chain reaction. This technique makes many copies of the virus genome using virus-specific probes. Variations of PCR such as nested reverse transcriptase PCR and real time PCR can also be used to determine viral loads in patient serum. This is often used to monitor treatment success in HIV cases. Sequencing[

Sequencing is the only diagnostic method that will provide the full sequence of a virus genome. Hence, it provides the most information about very small differences between two viruses that would look the same using other diagnostic tests

Viral replication is the formation of biological viruses during the infection process in the target host cells.  Viruses must first get into the cell before viral replication can occur.

Through the generation of abundant copies of its genome and packaging these copies, the virus continues infecting new hosts. Replication between viruses is greatly varied and depends on the type of genes involved in them Most DNA viruses assemble in the nucleus while most RNA viruses develop solely in cytoplasm. viruses multiply only in living cells. The host cell must provide the energy and synthetic machinery and the low- molecular-weight precursors for the synthesis of viral proteins and nucleic acids

Viral replication of a bacteriophage[3]

Attachment It is the first step of viral replication. The virus attaches to the cell membrane of the host cell. It then injects its DNA or RNA into the host to initiate infection..

The cell membrane of the host cell invaginates the virus particle, enclosing it in a pinocytotic vacuole. This protects the cell from antibodies like in the case of the HIV virus.

(from lysosomes) strip off the virus protein coat. This releases or renders accessible the virus nucleic acid or genome  Transcription / mRNA production[]

For some RNA viruses, the infecting RNA produces messenger RNA (mRNA), which can translate the genome into protein products

For viruses with negative stranded RNA, or DNA, viruses are produced by transcription then translation.

The mRNA is used to instruct the host cell to make virus components. The virus takes advantage of the existing cell structures to replicate itself

The components are manufactured by the virus using the host’s existing organelles:

•Structural: proteins which make up the virus particle

Viral nucleic acid (genome replication): New viral genomes are synthesized; templates are either the parental genome or newly formed complementary strands, in the case of single-stranded genomes. These genomes are made by either a viral polymerase or (in some DNA viruses) a cellular enzyme, particularly in rapidly dividing cells

Virion assembly A virion is simply an active or intact virus particle. In this stage, newly synthesized genome (nucleic acid), and proteins are assembled to form new virus particles.

This may take place in the cell’s nucleus, cytoplasm, or at plasma membrane for most developed viruses.

Release (liberation stage) The viruses, now being mature are released by either sudden rupture of the cell, or gradual extrusion (force out) of enveloped viruses through the cell membrane.

The new viruses may invade or attack other cells, or remain dormant in the cell.

In the case of bacterial viruses, the release of progeny virions takes place by lysis of the infected bacterium. However, in the case of animal viruses, release usually occurs without cell lysis. Viruses are classed into 7 types of genes, each of which has its own families of viruses, which in turn have differing replication strategies themselves David Baltimore, a Nobel Prize-winning biologist, devised a system called the Baltimore Classification System to classify different viruses based on their unique replication strategy. There are seven different replication strategies based on this system (Baltimore Class I, II, III, IV, V, VI, VII). The seven classes of Class 1: Double-stranded DNA viruses This type of virus usually must enter the host nucleus before it is able to replicate. Some of these viruses require host cell polymerases to replicate their genome, while others, such as adenoviruses or herpes viruses, encode their own replication factors.

Viruses that fall under this category include ones that are not as well-studied, but still do pertain highly to vertebrates. Two examples include the Circoviridae  and Parvoviridae. They replicate within the nucleus, and form a double-stranded DNA intermediate during replication

. This class includes two major families, the Reoviridae and Birnaviridae. Replication is monocistronic and includes individual, segmented genomes, meaning that each of the genes codes for only one protein, unlike other viruses, which exhibit more complex translation Class

The positive-sense RNA viruses and indeed all genes defined as positive-sense can be directly accessed by host ribosomes to immediately form proteins.

can be divided into two groups, both of which replicate in the cytoplasm:

•Viruses with polycistronic mRNA where the genome RNA forms the mRNA and is translated into a polyprotein product that is subsequently cleaved to form the mature proteins. This means that the gene can utilize a few methods in which to produce proteins from the same strand of RNA, reducing the size of its genome.

• for which sub genomic mRNAs,

• ribosomal frameshifting and proteolytic processing of polyproteins may be used. All of which are different mechanisms with which to produce proteins from the same strand of RNA.

A well-studied family of this class of viruses include the retroviruses. One defining feature is the use of reverse transcriptase to convert the positive-sense RNA into DNA. Instead of using the RNA for templates of proteins, they use DNA to create the templates, which is spliced into the host genome using integrase. Replication can then commence with the help of the host cell’s polymerases

class 7: Double-stranded DNA viruses that replicate through a single-stranded RNA intermediate This small group of viruses, exemplified by the Hepatitis B virus, have a double-stranded, gapped genome that is subsequently filled in to form a covalently closed circle  (ccc DNA) that serves as a template for production of viral mRNAs and a sub genomic RNA. The progenome RNA serves as template for the viral reverse transcriptase and for production of the DNA genome.