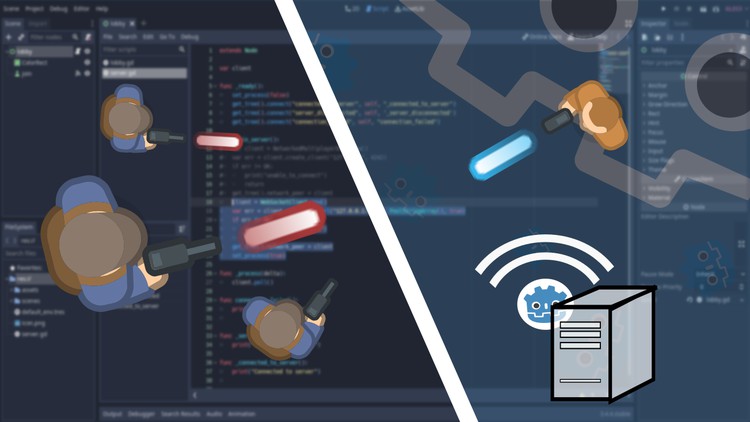 Learn how to create a dedicated server multiplayer game in godot

Basic connection between client and server

Use HighlevelMultiplayer and Websocket with Godot

Davies Nzan, The instructor has thought thousands of students with hundreds of thousands of viewers on YouTube.

This course is going to teach you step by step on how to create a multiplayer game and Host the server on a VPS so you can play with your friends.

Godot is a game engine that provides a huge set of common tools, so you can just focus on making your game without any cost.

In this course I will show you how to create a multiplayer game with Godot. We’ll work through the process of setting up an environment, using the networking system, and adding logic to handle collisions. between the players and objects.

Creating a multiplayer game is in the Godot docs, but this tutorial will show you how these pieces fit together.

In this tutorial I will use a simple square room where players can join and play.

At the end of this course, you’ll be able to:

Come join thousands of students who have learned from Davies Nzan, now!