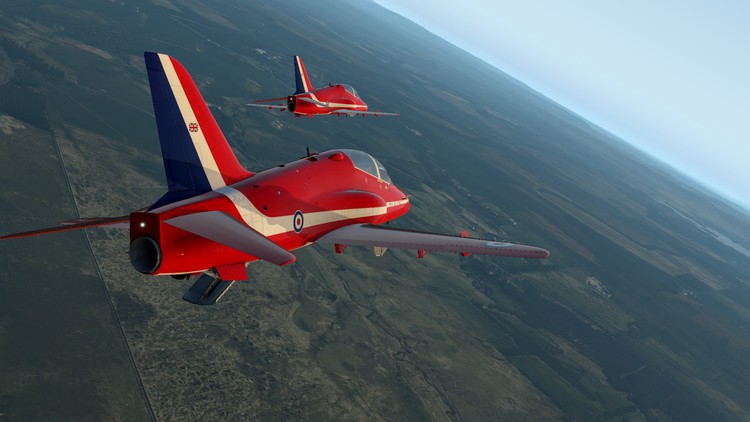 The Red Arrows, officially known as the Royal Air Force Aerobatic Team, is the aerobatics display team of the Royal Air Force based at RAF Scampton. The team was formed in late 1964 as an all-RAF team, replacing a number of unofficial teams that had been sponsored by RAF commands.

The Red Arrows have a prominent place in British popular culture, with their aerobatic displays a fixture of British summer events. The badge of the Red Arrows shows the aircraft in their trademark diamond nine formation, with the motto Éclat, a French word meaning “brilliance” or “excellence”.

Initially, they were equipped with seven Folland Gnat trainers inherited from the RAF Yellow jacks display team. This aircraft was chosen because it was less expensive to operate than front-line fighters. In their first season, they flew at 65 shows across Europe. In 1966, the team was increased to nine members, enabling them to develop their Diamond Nine formation. In late 1979, they switched to the BAE Hawk trainer. The Red Arrows have performed over 4,800 displays in 57 countries worldwide.