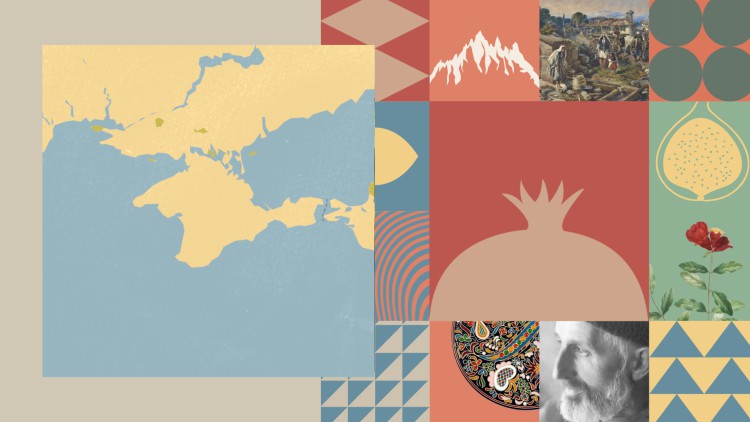 Ancient history of the peninsula

The colonial policy of the Russian Empire towards Crimea

The fate of Crimea and Crimean Tatars in Soviet times

Crimea as an autonomous republic in Ukraine

Temporary occupation of Crimea by Russia

Culture and daily life of the Crimean Tatars

Crimea is a famous landmark that has witnessed many well-known historical events such as the Crimean War (1853-56) and the Yalta Conference (1945). And Crimean landscapes have become an inspiration for writers and artists. However, Crimea is much more than that.

In this course, we suggest you discover a different side to Crimea and learn about its complex past by looking at Crimea from the perspective of its indigenous people — the Crimean Tatars. Awareness of Crimea and its history is essential for understanding historical developments in Eastern Europe, problems of indigenous peoples, and political, military, and ideological challenges of the modern world.

Scholars from Ukraine and Turkey will help you do that.

Dr. Olena Soboleva, ethnologist, anthropologist, senior researcher at the Research Institute of Ukrainian Studies (Kyiv), head of the Center for Applied Anthropology, and author of the book “Crimean Tatar Cuisine”

Dr. Martin-Oleksandr Kisly, a historian of Crimean Tatars and lecturer at National University of Kyiv-Mohyla Academy, whose Ph.D. thesis is entitled “Crimean Tatars’ Return to the Homeland in 1956-1989.”.

Dr. Maksym Sviezhentsev, a historian of Crimea, received his Ph.D. from the University of Western Ontario with a dissertation entitled “Phantom Limb: Russian Settler Colonialism in the Post-Soviet Crimea (1990-1997).”

Alim Aliev, Deputy Director-General of the Ukrainian Institute, journalist, human rights defender, and curator of cultural and educational projects. PEN Ukraine member, co-founder of Crimea SOS. Rapporteur of advocacy missions to international organizations, EU, and US political institutions on the situation in Crimea.

Dr. Hakan Kirimli, Professor in the Department of International Relations at Bilkent University (Ankara), a member of the board of the General Center for Cultural and Mutual Assistance of Crimean Turkic Turks in Turkey, and author of the book “National Movements and National Identity Among the Crimean Tatars (1905-1916)” (Leiden: E.J. Brill, 1996).

Dr. Oleksandra Gaidai, a historian, the Head of Academic Programs at the Ukrainian Institute, a specialist in memory studies, an alumna of the National University of Kyiv-Mohyla Academy, and Harvard Ukraine Summer Institute. Author of the book “Stone Guest: Lenin Statues in Central Ukraine.”

The online course “Crimea: History and People” has been developed by the Ukrainian Institute and online education studio EdEra with the financial support of the International Renaissance Foundation.

All visuals, photographs, and video materials are taken from open public sources and used exclusively for educational purposes.

Introduction: why you should learn about Crimean Tatars

The process of incorporation of Crimea into the Russian Empire

Modernization: the colony as an “imperial garden”

Modernization: the colony as an “imperial garden”
Crimean tourism in the USSR
Section 4 test

Crimea as part of independent Ukraine

Culture and traditions of Сrimean Tatars