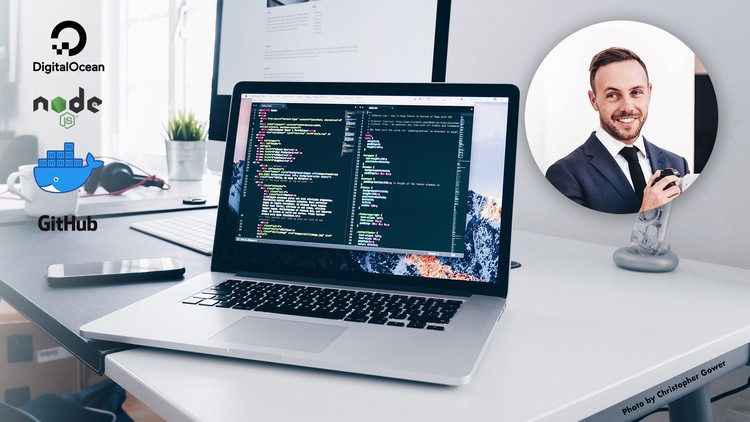 In 30 minutes! Practical development for prototypes.

The best way to learn is by doing, so get up and running quickly! This course is aimed for beginners with a mission. With various technologies such as Git, Github, NodeJS, Docker, and Digital Ocean’s Cloud, we skip some of the mundane coding basics and dive into building a practical application. In this course I will show you how to build a small RESTful API with Node.js and deploy to the cloud within 30 minutes (excluding intro, some setup, and optional videos!). We will be collecting JSON data from IoT ‘devices’ and storing said data in a cloud hosted relational database called Postgres.

With the application will come some security and testing best practices that you’ll be able to extend for more production-ready applications. After the getting started video, you will have a modern programming environment set up that will allow you to continue learning and building applications. There will be a bonus video where we explore extending our Docker setup to be able to deploy our application to any cloud provider, not just Digital Ocean.

Note that we will simulate sending IoT data by just posting random values to our cloud-hosted application.

Note that I’ll primarily be developing on a Mac, but will provide hints on installing needed software for Windows.

Getting Started – Tools and Accounts