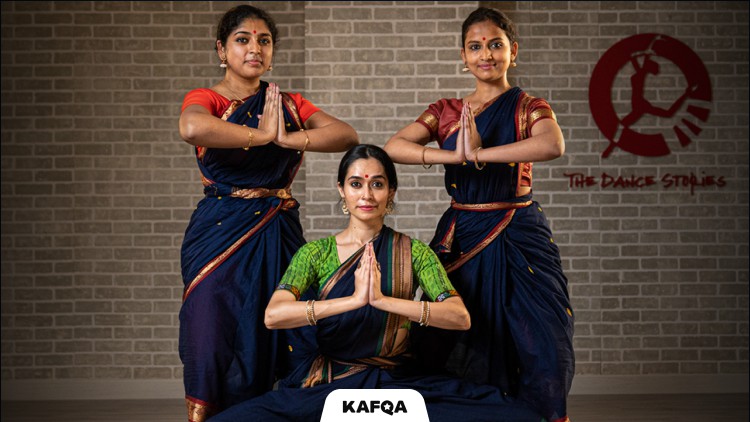 Understand about the history and significance of the Bharatanatyam Attire

Learn about the various Body Stances

Bharatanatyam is one of the 8 classical dance forms of India. Its name is derived from the divine sage’s name – Bharata Muni who was the first to practice the art form. It is also called Bharatanatyam, as it is the dance form of the Bharat.

This course is an exhaustive Beginner’s Level Guide to Bharatanyam which will Jump Start your journey to learn the art form.

A student of The Kirans of Bangalore, Sushmitha started her career in dance at the tender age of 4 under the tutelage of eminent Gurus Sri. Kiran Subramanyam and Smt. Sandhya Kiran and is currently doing her advanced learning under Smt. Rama Vaidyanathan from Delhi. As a solo artist, she has successfully flourished as a beautiful and technically sound dancer. She has in the years, evolved to become an artist who induces her work with critical thought. She is an active yoga practitioner and a fitness instructor. She is a free-lancer and has worked with several artists and dance groups like Nritarutya under the direction of Mayuri Upadhya, Rukmini Vijayakumar, Vyuti Dance company headed by Aranyani Bhargav, she was a part of ‘Shastram’ a unique production combining Film, Theatre and Indian classical dance by Ghirija Jeyaraj staged at Perth, Australia. Sushmitha has to her feathers in the hat, a tremendously successful US tour that involved solo full-length performances, workshops and lecture demonstrations. She was also a representative of our country and the main performer at the Fort Myers Gulf Coast University, Florida at their International Reception. Further, the most recent production by Ms. Anita Ratnam called ‘Nachiyaar Next’ staged through the Margazhi season in Chennai 2019. She had the privileged of representing Bharatanatyam with the Upadhye school of dance, directed by Smt. Shruti Gopal and Sri. Parshwanath Upadhye at the Opening Ceremony of the Men’s Hockey World Cup amidst stalwarts like Madhuri Dixit, Shah Rukh Khan, Shiamak Davar and also danced to the love music of AR Rahman! Being an aspiring businesswoman and an inspiring artist, Sushmitha founded Vivartana – the art studio, where she aims at imparting her knowledge of Bharatanatyam to the masses and taking our traditional arts forward to the generations to come.