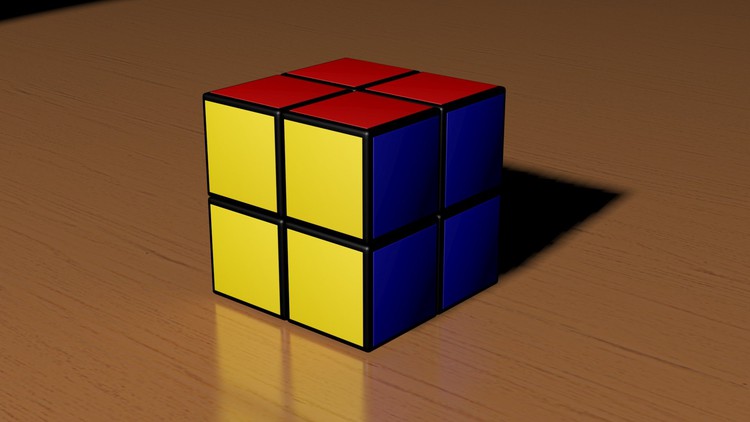 Learn everything about the 2x2x2 Rubik’s Cube from Scratch

Solve the Cube within 1 minute through Beginner’s method

The 2x2x2 Rubik’s Cube is a pocket or small version of the standard or original Rubik’s Cube which is 3x3x3 in nature. The Pocket Cube is also known as the Mini Cube. It is the 2×2×2 equivalent of a Rubik’s Cube. The cube consists of 8 pieces, all corners. It was invented by Larry D. Nicholas as a 2x2x2 “Puzzle with Pieces Rotatable in Groups” in March 1970, four years before the 3x3x3 cube was invented by Hungarian sculptor and architect Erno Rubik in 1974.

The world record fastest solve of the 2x2x2 Rubik’s Cube is 0.49 seconds, set by Maciej Czapiewski of Poland on 20 March 2016 at Grudziądz Open 2016 in Poland. The world record average of 5 solves (excluding fastest and slowest) is 1.05 seconds, set by Zayn Khanani of The United States on 31 October 2021 at the Finnish Championship 2021, in Kirkkonummi, Finland. So, you can take inspiration from these guys and start your journey in becoming one of world’s best. This will be your first step towards achieving great heights in cubing.

In this course you’ll learn how to solve the 2x2x2 Rubik’s Cube through the beginner’s method. This course has been explained in very detailed manner and in depth explanation by the instructor. In this course, all the different conditions and cases that are possible have been covered, with in depth explanation and emphasis given to each and every step by the instructor. The course is divided into 3 very easy and simple steps. These steps are very easy to learn and practice. These three steps will guide you to solve your 2x2x2 Rubik’s Cube in a very efficient manner. I’m sure that after completing this course you’ll be able to solve your cube in under a minute. You’ll have definitely have fun and enjoy this course to the fullest.

Subscribe to latest coupons on our Telegram channel.
English
language