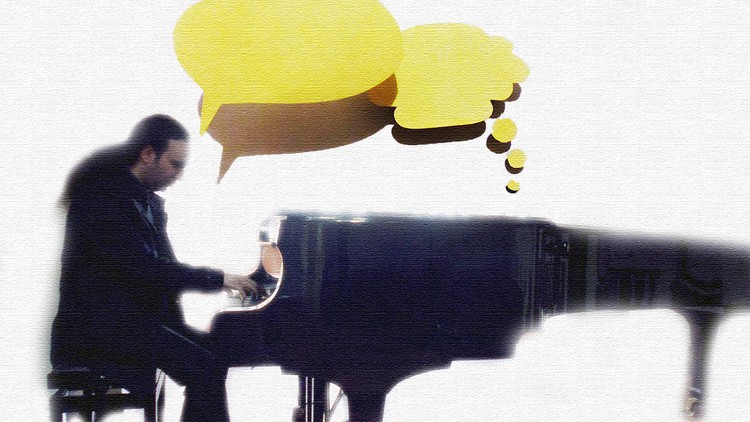 ☑ How to be your best at interprating music

This course presents a new way to think about music. After many years of research, GMT (General Music Theory, speech-based model) represents a new field that includes all previous theoretical models. Taking speech as a model, the discoveries about prosody and meaning found application in music. In GMT, prosody is considered to be the ancestor of music because melody and meaning were already connected before we try to develop music theories. Intervals in prosody are meaning carriers and emotions have distinct ways to use musical quantities for their expressive needs.
In this course, we will explain how all these work and make it into practical knowledge to apply whether you are a composer, instrumentalist, or someone who has an interest in music theory and interpretation.

General Music Theory is a theoretical tool for musicians, which aims to provide the tools for direct control of the expressive needs of composers and performers, regardless of their preferred music genre or their theoretical background.

This is possible because it is based on a new and original idea: that all the expressive means of music were already present in speech. The main argument is that speech, as a means of communication that has been formulated in a natural way, has the imaging power to express, in the best possible way, our emotions and meaning concepts. Written word alone is not enough to fully render all the subtle nuances of the meanings that speech carries. The latter does this through its musical dimension. The musical characteristics of speech provide information on the speaker’s feelings and clarify meaning and intentions. Through the analysis of the model we introduce here to support this idea, a fact is revealed: most elements of the melodic and harmonic writing of existing music systems are covered and can be explained in a larger depth through their connection to the model of this book.

General Music Theory does exactly what its title reveals, it covers the rhetorical possibilities of the other music systems. At the same time, it provides the musician a clearer knowledge and that helps to channel their expressive needs more directly into any music content they may want to get involved with. The model connects emotions and punctuation marks with basic musical objects and thus explains the structures of older music theories, such as traditional harmony, 20th-century, and other popular music genres, and also provides the basis for new formations.

The code of human expression, which found an outlet through speech, is now an organized music system that comes to support and overlap the existing ones, as well as to provide new tools and immediacy, through the General Music Theory and our first-ever speech-based musical theory model.

Emotional expression in speech and music

Questions about the algorithm

The algorithm of expression

How the algorithm of GMT works

The flow of information

Alterations per time = flow of information

GMT as a tool for analysis

A summary to make things easier

GMT as a tool for composing

How to evaluate chord progressions

How to determine the character of any chord