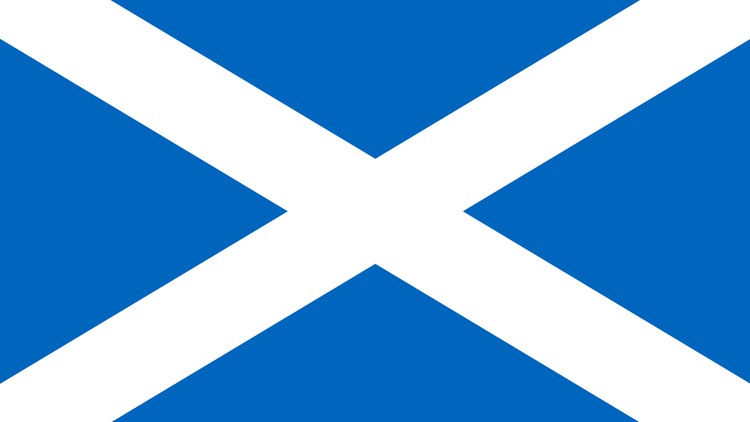 You can quickly tour around the whole of Scotland and learn about places without leaving home.

☑ Travel around Scotland without leaving home.

☑ If you check olaces out on Google earth or maps you can even go down to street level to check things out.

Scotland (Scots: Scotland, Scottish is a country that is part of the United Kingdom. Covering the northern third of the island of Great Britain, mainland Scotland has a 96-mile (154 km) border with England to the southeast and is otherwise surrounded by the Atlantic Ocean to the north and west, the North Sea to the northeast and the Irish Sea to the south. The country also contains more than 790 islands, principally in the archipelagos of the Hebrides and the Northern Isles. Most of the population, including the capital Edinburgh, is concentrated in the Central Belt – the plain between the Scottish Highlands and the Southern Uplands – in the Scottish Lowlands.

Scotland is divided into 32 administrative subdivisions or local authorities, known as council areas. Glasgow City is the largest council area in terms of population, with Highland being the largest in terms of area. Limited self-governing power, covering matters such as education, social services and roads and transportation, is devolved from the Scottish Government to each subdivision. Scotland is the second largest country in the United Kingdom, and accounted for 8.3% of the population in 2012.

Within Scotland, the monarchy of the United Kingdom has continued to use a variety of styles, titles and other royal symbols of statehood specific to the pre-union Kingdom of Scotland. The legal system within Scotland has also remained separate from those of England and Wales and Northern Ireland; Scotland constitutes a distinct jurisdiction in both public and private law. The continued existence of legal, educational, religious and other institutions distinct from those in the remainder of the UK have all contributed to the continuation of Scottish culture and national identity since the 1707 incorporating union with England.