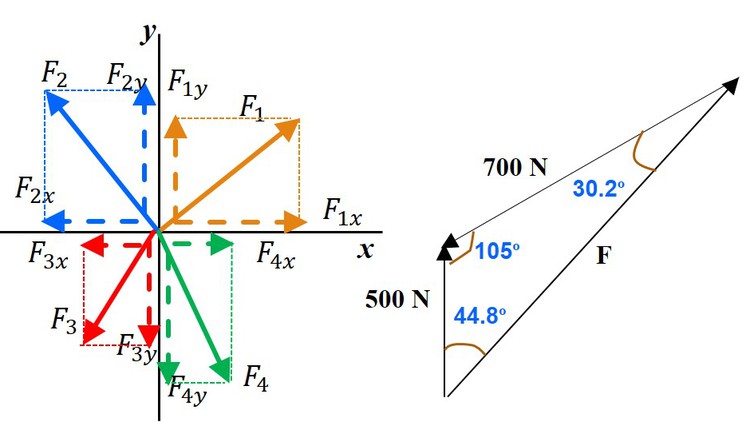 ☑ Fundamental concepts in Mechanics, Units of Measurements in SI and FPS

The main objective of this course is to illustrate Engineering Mechanics general principles and study in details force vectors in the two and three dimensional systems with several application examples. It includes several subtopics which can be summarized as follows: fundamental concepts in Mechanics, Units of Measurements in SI and FPS, numerical calculations and main steps for analysis, Vectors and Scalars, Vector Operations, Coplanar Forces addition and resultant, Cartesian vectors, and their resultant, Position vectors, Force vector along specific line of action, and Vectors dot product. So, student can learn the basics of Engineering Mechanics in general and Statics in particular such as the classifications, definitions, limitations and so on. In addition, the scalars and vectors definitions, differences and illustrations are provided in the course. Vectors operations, addition, subtraction, division and multiplication by a scalar are explained in details with several examples. Systems  of units of measurements which are SI and FPS are provided with conversion factors for base and derived units. Forces such as coplanar, concurrent, and collinear are studied to find their resultants, magnitudes, and to express them as Cartesian vectors in both the two dimensional and three dimensional systems. Also, the direction angles of a force and resultant are delivered in details in the course. Position vector and force projection on a line are provided with several application examples. In addition, the vectors dot product and its applications have been provided with several examples.

Course Preview and Introduction to Mechanics

Position vectors and force vector along a line _Introduction

Position vectors and force vector along a line _Examples