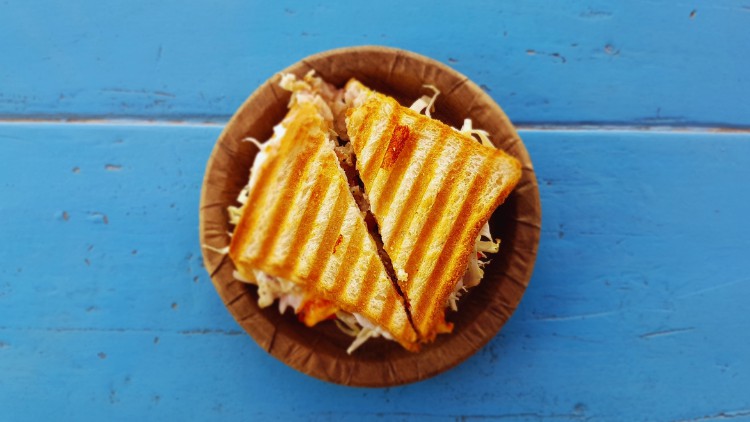 ☑ How to Bake Three of Breakfast Breads that are Banana Bread, Almonds Bread, and Batbout Bread. And we’ll show you how to present them!

☑ How to Bake Three of Sandwich Breads that are Toast, Burger, and Fati Bread.

☑ Tips that you need to focus on to succeed Baking Our Bread Suggestions.

☑ For each bread, we’ll give you ideas of how to use or present them.

Who is this Class For?

– Everyone interested in Bread baking and especially Breakfast & Sandwich Bread.

What we will Learn?

– How to Bake Three of Breakfast Breads are Banana Bread, Almonds Bread, and Batbout Bread. And we’ll show you how to present them!

– How to Bake Three of Sandwich Breads that are Toast, Burger, and Fati Bread.

– Final thoughts: Explaining some things you need to focus on to succeed in Baking Our Bread Suggestions.

Here are extra history Infos for baking bread in this Pastry course if you’re interested in it!

Bread is one of the oldest prepared foods. Evidence from 30,000 years ago in Europe and Australia revealed starch residue on rocks used for pounding plants. It is possible that during this time, starch extract from the roots of plants, such as cattails and ferns, was spread on a flat rock, placed over a fire and cooked into a primitive form of flatbread. The world’s oldest evidence of bread-making has been found in a 14,500-year-old Natufian site in Jordan’s northeastern desert. Around 10,000 BC, with the dawn of the Neolithic age and the spread of agriculture, grains became the mainstay of making bread. Yeast spores are ubiquitous, including on the surface of cereal grains, so any dough left to rest leavens naturally.

There were multiple sources of leavening available for early bread. Airborne yeasts could be harnessed by leaving uncooked dough exposed to air for some time before cooking. Pliny the Elder reported that the Gauls and Iberians used the foam skimmed from beer called barm to produce “a lighter kind of bread than other peoples” such as barm cake. Parts of the ancient world that drank wine instead of beer used a paste composed of grape juice and flour that was allowed to begin fermenting, or wheat bran steeped in wine, as a source for yeast. The most common source of leavening was to retain a piece of dough from the previous day to use as a form of sourdough starter, as Pliny also reported.

The Chorleywood bread process was developed in 1961; it uses the intense mechanical working of dough to dramatically reduce the fermentation period and the time taken to produce a loaf. The process, whose high-energy mixing allows for the use of grain with a lower protein content, is now widely used around the world in large factories. As a result, bread can be produced very quickly and at low costs to the manufacturer and the consumer. However, there has been some criticism of the effect on nutritional value.

Banana bread is a type of bread made from mashed bananas. It is often a moist, sweet, cake-like quick bread; however, there are some banana bread recipes that are traditional-style raised breads.

Banana bread first became a standard feature of American cookbooks with the popularization of baking soda and baking powder in the 1930s. It appeared in Pillsbury’s 1933 Balanced Recipes cookbook, and later gained more acceptance with the release of the original Chiquita Banana’s Recipe Book in 1950.

National Banana Bread day is February 23. Bananas appeared in the US in the 1870s and it took a while for them to appear as ingredient items for desserts.[citation needed] The modern banana bread recipe began being published in cookbooks around the 1930s and its popularity was greatly helped by the introduction of baking powder on the market. Some food historians believe banana bread was a byproduct of the Great Depression as resourceful housewives did not wish to throw away overripe bananas (as they were still a costly item to purchase), others believe the modern banana bread was developed in corporate kitchens to promote flour and baking soda products. It could also be a combination of both theories, insofar as being developed in a corporate kitchen to promote flour and baking soda products, as well as marketed as a method to make use of overripe bananas

Toast is a form of bread that has been browned by toasting, that is, exposure to radiant heat. The browning is the result of a Maillard reaction, altering the flavor of the bread and making it firmer so that it is easier to spread toppings on it. Toasting is a common method of making stale bread more palatable. Bread is often toasted using a toaster, but toaster ovens are also used. Pre-sliced bread is most common.

Toast is commonly eaten with butter or margarine, and sweet toppings, such as jam or jelly. Regionally, savory spreads, such as peanut butter or a yeast extract, may also be popular. Buttered toast may also accompany savory dishes, especially soups or stews, and be topped with heartier ingredients like eggs or baked beans as a light meal. Toast is a common breakfast food. Bagels and English muffins are also toasted.

Toast may contain carcinogens (acrylamide) caused by the browning process.

A hamburger (also burger for short) is a sandwich consisting of one or more cooked patties of ground meat, usually beef, placed inside a sliced bread roll or bun. The patty may be pan fried, grilled, smoked or flame broiled. Hamburgers are often served with cheese, lettuce, tomato, onion, pickles, bacon, or chiles; condiments such as ketchup, mustard, mayonnaise, relish, or a “special sauce”, often a variation of Thousand Island dressing; and are frequently placed on sesame seed buns. A hamburger topped with cheese is called a cheeseburger.

The term “burger” can also be applied to the meat patty on its own, especially in the United Kingdom, where the term “patty” is rarely used, or the term can even refer simply to ground beef. Since the term hamburger usually implies beef, for clarity “burger” may be prefixed with the type of meat or meat substitute used, as in beef burger, turkey burger, bison burger, or veggie burger.

Hamburgers are sold at fast-food restaurants, diners, and specialty and high-end restaurants. There are many international and regional variations of the hamburger.

As versions of the meal have been served for over a century, its origin remains ambiguous. The popular book The Art of Cookery Made Plain and Easy by Hannah Glasse included a recipe in 1758 as “Hamburgh sausage”, which suggested to serve it “roasted with toasted bread under it”. A similar snack was also popular in Hamburg by the name “Rundstück warm” (“bread roll warm”) in 1869 or earlier, and supposedly eaten by many emigrants on their way to America, but may have contained roasted beefsteak rather than Frikadeller. Hamburg steak is reported to have been served between two pieces of bread on the Hamburg America Line, which began operations in 1847. Each of these may mark the invention of the Hamburger, and explain the name.

There is a reference to a “Hamburg steak” as early as 1884 in the Boston Journal.[OED, under “steak”] On July 5, 1896, the Chicago Daily Tribune made a highly specific claim regarding a “hamburger sandwich” in an article about a “Sandwich Car”: “A distinguished favorite, only five cents, is Hamburger steak sandwich, the meat for which is kept ready in small patties and ‘cooked while you wait’ on the gasoline range.”